Put Down Your Dumbbell – Exercise Your Smart Bell Instead

Ever since I was young, competing to earn a spot on my high school’s freshman track team, I have regularly exercised. So much so that when I was 35, I even competed in the New York City Marathon. I say I “competed” because that sounds much more impressive than “I jogged and walked” and gives the impression I might have stood a chance of winning. Alas, I came in 5,217th – barely overtaken by the other 5,216 runners ahead of me. 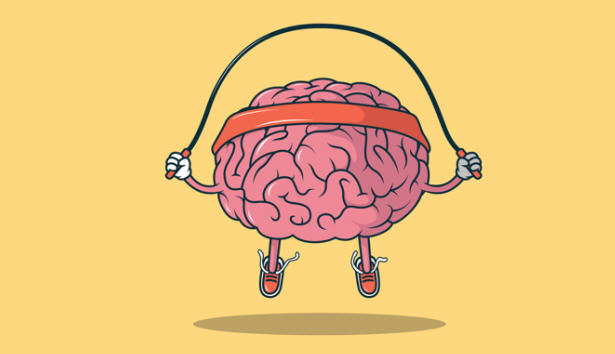 New research shows that exercise can be all in your mind. You can tone your muscles by thinking. So put down the weights and exercise those brain cells instead. And have a carrot. It’s healthier than those M&M’s you’ve been eyeing.

Over the years, I have jogged, cycled, used the treadmill, lifted weights, swam, and played against my brother John in the Summer Olympics on Play Station 4, all in an effort to lose weight and build muscle tone in pursuit of those impossible-to-achieve six-pack abs. The results could only be described as disappointing, as anyone who’s seen me without a shirt on lately will attest.

That’s why I’m thrilled to announce I am never going to exercise again. Ever! From now on, I will just think about it. That’s because, I just read an incredible report in the Daily Guardian with the following headline:

Talk about a game changer! In a study by Ohio University, researchers concluded that just thinking of exercising can have the same effects as actually hitting the gym.

First thing tomorrow, I’m putting my elliptical up for sale on Craigs List. I’m confident I can get $50 – just so long as they don’t inspect it too closely or try peddling at any level above 3 (which is when it makes that grinding noise and starts bellowing smoke). In place of the elliptical, I will move in my plaid La-Z-Boy recliner that my wife has always hated. I guess I’ll no longer need all those dumbbells sitting in my basement. I’ll start using my smart bell instead. Get it? (I’m talking about my brain. It’s a play on words – dumbbell, smart bell? Do I have to spell everything out for you?)

I will begin slowly, so that I don’t strain a mental muscle. I’ll probably start out thinking about exercise only fifteen minutes – which, according to my wife, is about ten minutes more than I currently use my cranium in an average day. 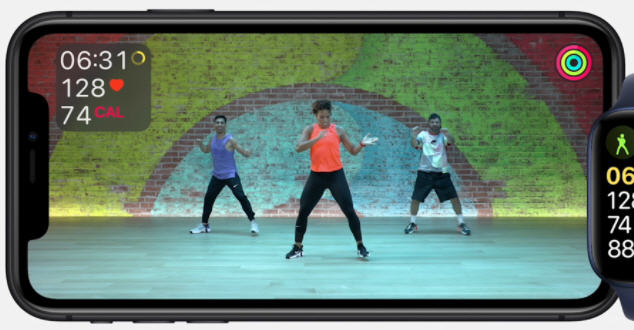 Man, am I exhausted. I just spent the past 30 minutes watching this Pilates class video on my phone. Those guys were working out so hard, and I thought about what they were doing the entire time. I could use a massage right about now.

Over time, I will build up to thinking for 30 minutes about exercising, then 45 minutes, and then eventually, after a few months, a full hour. But I don’t want to over-extend myself, lest I pull a temporal lobe or strain a basal ganglia. I need to pace myself if I am going to succeed at my new regimen of mental gymnastics. Then, before long, I will have the physique I have always dreamed of, plus a lot more time to sit in my new recliner and get caught up on past episodes of The Office.

But I don’t intend to think just about exercise. I intend to expand my cerebration. With this new outlook on life, I’m excited to apply my new cognitive skills to many other activities. Starting next week, if I can stick to my plan, I will start thinking about doing yard work and power washing the driveway. I might even start thinking about helping my wife with making dinner.

Suddenly, I have never felt so motivated to think about helping around the house. I just hope my wife appreciates how much mental energy I have expended thinking about all of this.

As exciting as this breakthrough study is, I want to make sure I don’t abuse my new cranial capacity. For example, I heard about a guy who tried applying this technique to his driving. He was driving 95 mph – a full 40 miles over the posted highway speed limit. A cop pulled him over and the dude tried to explain that he was THINKING about going 55 the entire time. Despite hearing about the study’s remarkable conclusions, the officer still ticketed him. I guess the policeman was not a believer in science.

It’s time for my first workout. They say it’s important to give yourself little rewards along the way in order to keep yourself motivated whenever you begin any new challenging exercise program. That’s why I’m going to reward my mental conditioning session by eating a bowl of Rocky Road ice cream. And no, I’m not just going to think about eating it.