I Had a Dream

[Author’s Note: I had the most wonderful dream last night, which I’m going to tell you all about below. It felt so real. I woke up positively gleeful, feeling hopeful for the first time in four years. It may have been the after-effects of anesthesia from my recent knee replacement surgery, but I’d like to think it was prophetic. A guy can dream, can’t he? Below is the news story I dreamed I read. – TEJ]

YEARS OF NATIONAL EMBARRASSMENT FINALLY OVER 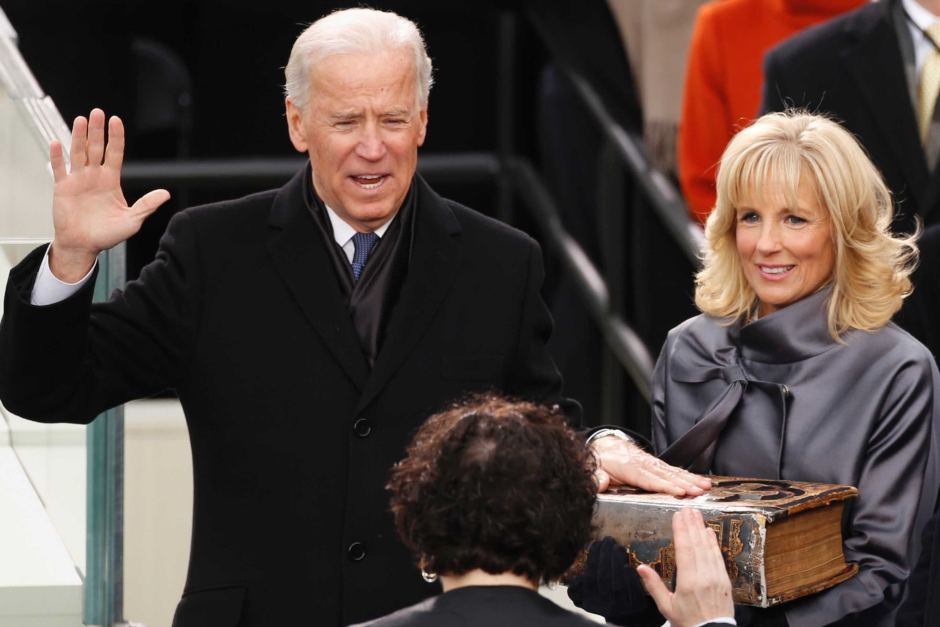 [January 20, 2021 – Washington, D.C.]  On an extraordinary day in American history that many thought might never happen, Joseph R. Biden, Jr. was sworn in as the 46th president of the United States. An inaugural crowd in excess of three million cheered wildly, tears pouring down the faces of men, women, children, and dogs. FOX NEWS reported the occasion as “A day that will go down in infamy,” and reminded its 6,000 remaining viewers that 23 million citizens had attended Donald Trump’s 2016 inauguration (even though historians agree it was closer to 350,000, most of whom were hired actors).

Biden’s induction closes the book on the most contentious election in modern times, marred by widespread disinformation campaigns and accusations of voter fraud on both sides. While no evidence of such fraud has been found involving our new president’s campaign, authenticated videos have surfaced of Trump and Vladimir Putin naked in a sauna at Mar-a-Lago drawing up plans to rig the voting in 29 states. Granted, the documents are difficult to decipher since the crayon markings were in Russian and they mostly melted in the steam, but many of the stick figures clearly show Russian spies replacing voting booths with slot machines in Democratic-leaning districts.

This bombshell story was covered in detail by every major media outlet, except Fox News, which counter-programmed with wall-to-wall coverage of Hillary’s emails and Obamagate. Despite Trump and Putin’s conniving, in the end, the result wasn’t even close. Biden carried 49 states, though he narrowly lost in Mississippi, thanks to a recently enacted provision in their state constitution making it illegal to vote for a Democrat.

Nevertheless, Trump insisted his opponent unfairly won the election with 27 million fake votes from illegal Mexican immigrants, ISIS terrorists and black people, all of whom “don’t count”, he tweeted. In an unprecedented move, the outgoing president declined to attend the inauguration ceremony, choosing instead to chain himself to the American flag in the Oval Office. As staff scurried from the White House, they could hear their former Commander-in-Chief screaming, “Go blow, Joe! This is MY house!”

As the new First Couple drove to 1600 Pennsylvania Ave, Secret Service agents stormed the Oval Office, tackled the flailing Trump, and restrained him in a straitjacket, taking pains to make sure the flag never touched the ground. Having narrowly averted an awkward confrontation with the incoming president, the Secret Service turned their prisoner over to a heavily armed unit of Navy Seals, Randy Rainbow fans and Black Lives Matter activists chanting, “Lock Him Up” as they escorted him off the premises. It was difficult to make out exactly what Trump was ranting since, for the first time ever, he was forced to wear a mask, for the protection of everyone around him.

Trump’s attorneys filed a last-minute petition to the US Supreme Court, asking them to invalidate the election and give their client four more years in office. They cited an untested legal principle, “My opponent is a loser.”  Their 11th hour appeal was rejected in a 9-0 decision. Justice Ginsberg tweeted the Court’s decision, stating:

“The Court finds no legal basis to intervene in the outcome of the election. Besides, Mr. Trump is just being a total douche. To teach him to not waste the Court’s time, we’re releasing all his tax returns. Have a nice day.”

Speaking of Justice Ginsberg, after posting the verdict, she issued a press release announcing she is 100% cancer-free and plans to stay on the court for the next 10 years – mainly just to piss off Mitch McConnell.

Now that the Democrats have won back the White House, expanded their control of the House and taken back the Senate, experts anticipate Biden will announce several bold initiatives in the areas of climate change, healthcare, and gun control. His proposed Executive Order that employers greet employees with a hug and a shoulder rub may, however, meet with some resistance.

With Vice President Oprah Winfrey at his side, the 46th president apologized for the previous administration’s offensive actions to the WHO, NATO, blacks, Hispanics, women, and people who value proper spelling. He went on to reinstate diplomatic relations with the exhaustive list of former allies whom Trump had alienated. In a gesture of goodwill, Canadian Prime Minister Trudeau formally reversed course and decided to scrap his country’s plans to build a southern border wall.

Speaking of border walls, in his first address as president, Biden declared that all work on a Mexican border wall would be permanently halted, and the construction teams would be redirected to build an impenetrable wall around the former president. When asked whether he would consider pardoning Trump for all the state and federal charges piling up against him, Biden added, “Absolutely not. Do I look like Gerald Ford?”

As this new administration begins its journey to Make America Respectable Again, there is breaking news regarding the COVID pandemic. Just hours after Biden took the oath of office, scientists from five countries gathered to announce a vaccine that has been shown to be 99.99999% effective – and that all Americans can get it for free. When asked how they developed a vaccine so quickly, Anthony Fauci, former Director of the National Institute of Allergy and Infectious Diseases (fired by Trump), explained, “While Trump was spreading lies to vilify his opponent, Biden was personally funding our research. We figured out a vaccine a couple months ago, but no way were we letting Trump take the credit.”

Speculation abounds about the former president’s future plans. Will he start Trump News Network to keep his base energized and loyal? Now that his marriage with Melania is in tatters, will he finally wed the love of his life (other than himself, that is), namely, his daughter Ivanka? Or will he pitch Putin on a new reality show, Moscow Celebrity Apprentice? Trump has been surprisingly mum about his next chapter (11), partly because he’s been banned for life by Twitter and Facebook. Also, the psychiatric hospital currently detaining him for observation doesn’t allow phone privileges.

In other news, the Seattle Seahawks beat the New Orleans Saints 37-20 before a sold-out stadium of 60,000 screaming Hawks fans, to advance to the Super Bowl. (Like I said, a guy can dream.)