Thank You For Your Suggestion 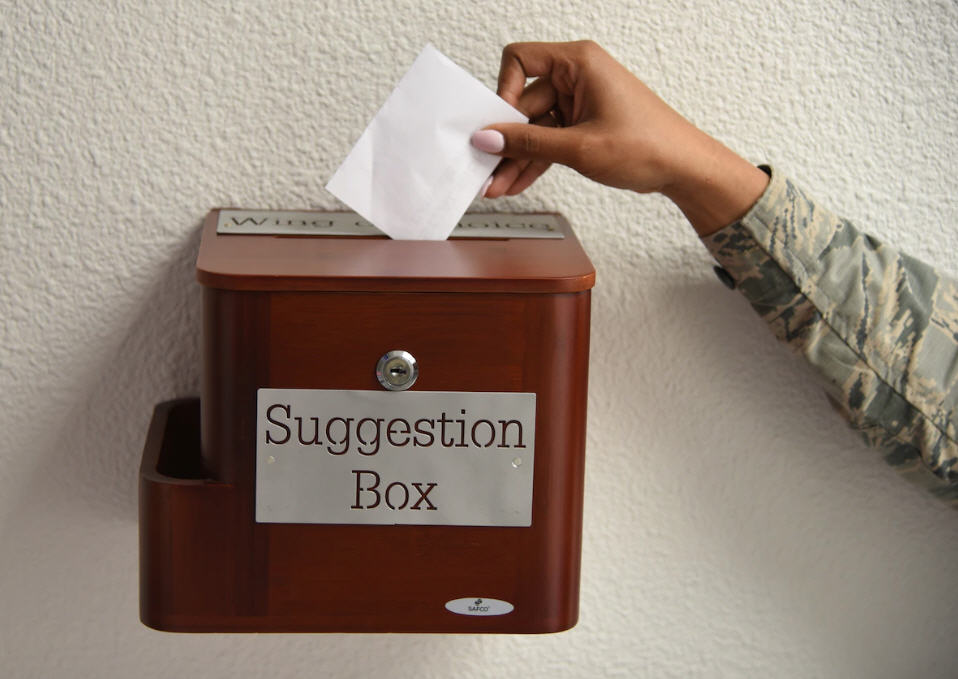 Over the years, scores of people have suggested humor topics for me to write about. Their ideas typically consist of a four-word concept, like “something about McDonald’s fries.” Um, thanks. But it would appear you’ve already written most of the story for me. You’re brilliant.

I’ve been a humor writer for 13 years – a source of unceasing embarrassment for my wife and daughters. Over the years, I’ve routinely received suggestions for what readers think would be a funny article for me to write about in my column. I’m grateful to the scores of people who have unselfishly submitted their ideas. I distinctly remember this one time when the suggestion was almost usable.

I think it’s long overdue that I thank the many people who have graciously come forward to pitch their hilarious concepts. So, here goes….

To George Kittlesworth of Sioux City, Iowa: Thank you for your creative recommendation that I write a piece about your prize heifer Daisy and the fact that she was awarded Honorable Mention at the Iowa State Fair in 2004. And what a lovely photo you sent of the two of you. You must be so proud. Quick question: Which one of you is Daisy? Also, can you give me a little more to go on than simply “Here’s a funny story for you.” Did Daisy somehow cheat her way to victory? Did you end up eating her for dinner the following week? What’s the hook here, George?

To Ned Hopper of Cheboygan, Michigan: Thank you for your email in which you wrote, “I saw my neighbor fall off his riding mower. The mower kept going and plowed right through his flower bed and destroyed his prize roses. He broke his leg in three locations. What a hoot!” My, that sure sounds hilarious. There’s nothing funnier than stories about people injuring themselves from falling off of riding mowers. When I have concluded I no longer have an original thought in my brain, I’ll definitely put yours on a short list for serious consideration, Ned.

To Harvey Farmington of Hazlehurst, Mississippi: Thank you for suggesting, and I quote: “How about something about eggplants?” Hmmm, enticingly vague, I must say. Are you talking about the actual vegetable? Or the sexually suggestive emoji? How did you know that two of my favorite topics to write about are weird-looking vegetables and sex emojis. I’ll get right on this. Thanks, Harvey, for doing the heavy lifting with your thoroughly fleshed-out five-word description. 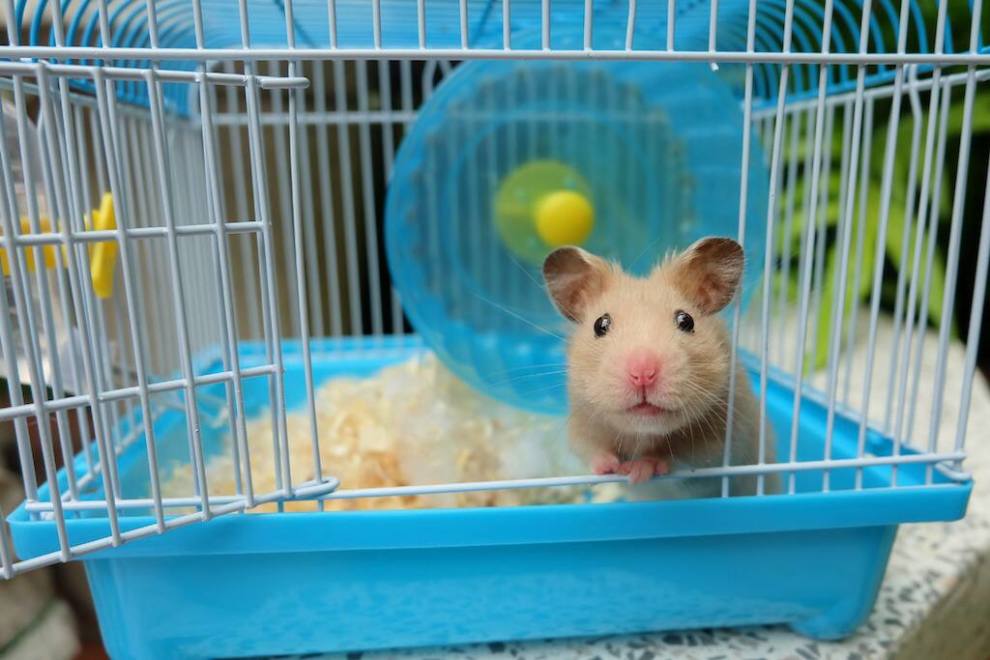 From Boyd Jefferson of Cape Corral, Florida: “This is a photo of Buttons, my daughter’s hamster. Can you write about him? Or maybe it’s a she. I’m not really sure.” Um, Sure, Boyd. Say no more. I’ll take it from here.

To Mary “MAGA” Offerman of Halifax, Massachusetts: I appreciate your thoughtful letter you sent me this week in which you wrote: “How about something about Donald Trump. Have you ever thought about doing a piece on him? He’s the best president ever, don’t you agree?” Oh, yes, I couldn’t agree more, Mary. Nobody did a better job trying to illegally stage a coup to stay in power, that’s for sure.

Oh, and great suggestion. Other than the 30+ articles I have previously written about Trump over a six-year period, I’ve not really given him much thought. Thanks for confirming that you’re a regular reader of mine.

To Barney Montague of Horseshoe Bend, Idaho: I must offer up my deepest gratitude for your out-of-the-box premise: “What about Periwinkle?” Oh, yes, indeed. What a treasure trove of hilarity springs to mind upon reading your three-word seedling of a notion of a concept. I’m already in stitches just thinking about the hysterically funny jokes that spring from your cryptic suggestion, Barney. Maybe an entire series on flowers with funny-sounding names, like, “What about Forsythia?” followed by “What about Hibiscus?” The possibilities are endless (if your goal is to put the reader into a coma).

To Becky Mavensberg of Paducah, Kentucky: Thank you so much for suggesting I write a piece about how dogs are better than cats. Perhaps you missed my piece about how cats are better than dogs. Still, I appreciate your riotously funny premise. But I must take issue with the photo you included of your dog. My cat Zippy is cooler than your schnauzer Buster.

To Tom Bakersfield of Beaumont, Texas: My, Tom, what a creative mind you have. To quote you: “How about a piece about how all those liberal commie snowflakes are destroying America and how all that matters in life are three things: Jesus, babies, and bullets. Everybody else can go back to Africa.” Wow, where do I begin? You sure know comedy, Tom. How about you take the lead on writing a first draft, send it to me, and I’ll do my best to make sure nobody ever tries to steal your brilliant diatribe idea and publish it – including me, okay, buddy? 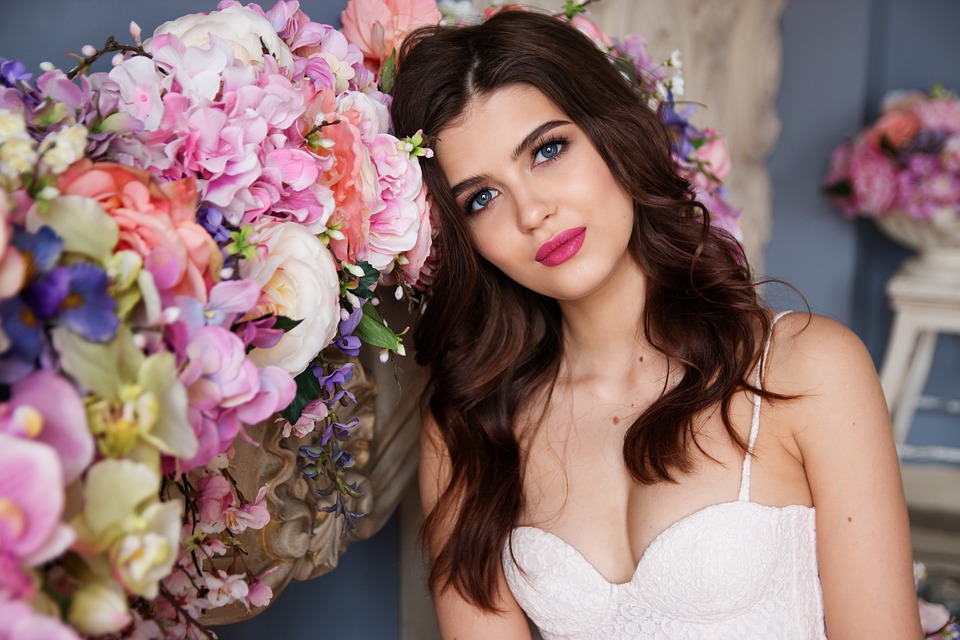 From Clarence Withers of Duluth, Minnesota: “Hey, can you do a hit job piece about my ex? This is her, right before she left me for that coffee barista. And she doesn’t even like coffee! I could kill her!” Um, Clarence, perhaps you’ve mistaken me for a producer at Dateline.

To Heather Rodriguez of Angel Fire, New Mexico: Thank you for your  brainchild for an article. You wrote: “Could you do a piece about how my boss, Will Johnson, is a total jerk and I hate his guts. He never shampoos his greasy hair. And he has the worst body odor. But could you change his name so I don’t get fired?”

Well, Heather, if that’s not comedy gold, I don’t know what is. Nothing says LOL more than a scathing, bitter rant about your hatred for another human being. Just one question: Is there a job opening in your department? Your boss sounds like a great guy.

Honestly, I can’t count how many unsolicited pitches I’ve received from regular readers and folks who learn I’m a humor writer. Their suggestions range from stories about getting drunk to celebrities they think are over-rated to well, falling off of riding mowers.

The only thing missing in all of these clever story ideas is any semblance of … a story – because after a five- or six-word description of what they think is hilarious, that’s all they’ve got. They are happy to let me turn “something about my wife’s burnt pot roast” into an actual story – with humor. The only ingredients they forgot to include are a story idea I can actually use.

I just did a quick count. I see that I still have 240 more thank-you messages to write. This may take a while. I better get back to work…

To Artie Bugleton of Nome, Alaska: Thank you for your idea “something about peeing in snow.” Are you sure you’re not a professional humor writer, Artie? Because, wow, I can’t believe I never thought of this one myself …