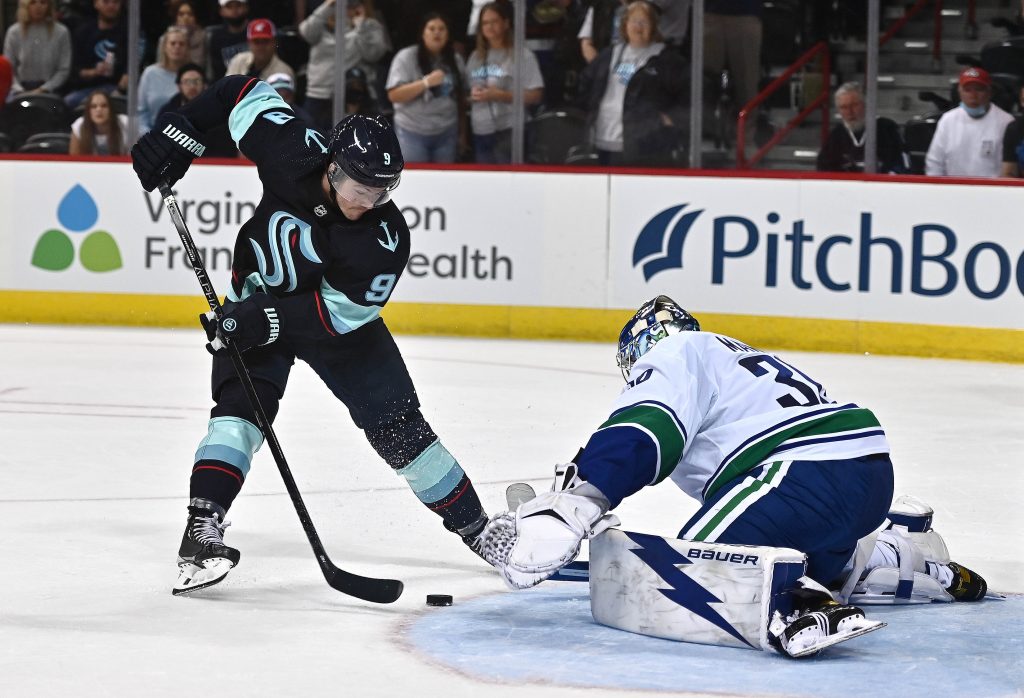 This is a Seattle Kraken player trying to score. Modern ice hockey was invented in Canada in 1872. That’s because Canada is totally covered in ice and snow 9 months of the year. It quickly became the national sport, eventually overtaking the previous #1 pastime, getting drunk and making beaver hats.

Most people know very little about the sport of hockey. But did you know that, except for baseball, the National Hockey League (NHL) is the oldest of North America’s professional sports leagues? The NBA was launched in 1946, and the NFL started in 1920. But the NHL dates all the way back to 1917 – a full 41 years before the Professional Bowlers Association was founded. Isn’t that fascinating? Okay, maybe not, but stay with me.

I live near Seattle. This October, for the first time since 1924, we launched an NHL franchise. Now, hockey is the sport everyone here is talking about.

These are all excellent questions. To be clear, the name is KRAKEN (not to be confused with CRACKLE, one of the three Rice Krispies cartoon characters). I did extensive research into the name’s meaning, by which I mean I Googled “what is a kraken.” It turns out, according to Wikipedia, it’s “a legendary sea monster of gigantic size and cephalopod-like appearance from Scandinavian folklore that was fifty feet in length.”

The sheer size and fearsome appearance of this evil beast have made it a common monster in books and movies about the sea. Most Americans first heard the term “Kraken” in the film Pirates of the Caribbean. So, yeah, it’s basically just a big, fat, ugly squid.

Seattle fans are thrilled to have a new professional sports team, especially since their hopes of having a professional baseball team are still several years away (sorry, Mariners fans) and our Seattle Seahawks football team has totally cratered this season, losing their star quarterback due to injury.

Fans have come up with several creative chants to rally their new team: “Release the Kraken” and “The Kraken are Attackin’” and “The Kraken suck.” That last one was from a jaded fan who’s ticked that they’ve been losing most of their games so far.

As a marketing expert, I came up with an idea sure to pack them in the seats: Free Krak to the first 5,000 fans. Okay, that one may need a little more work, not to mention spell-checking. 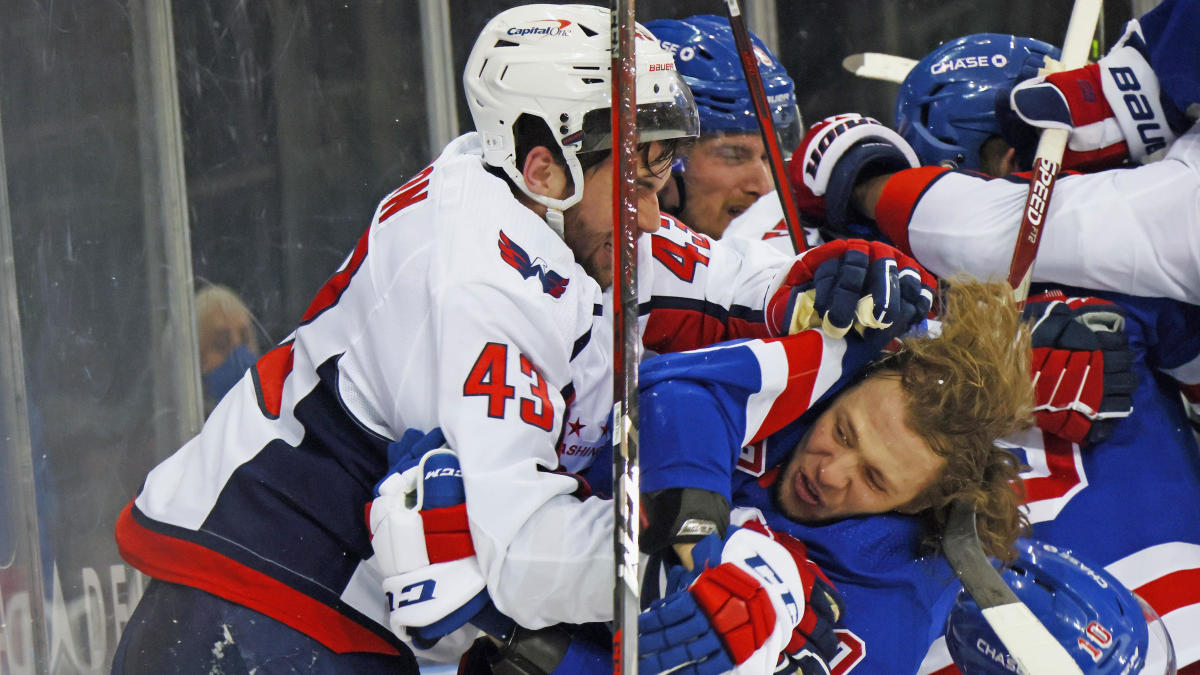 For the newcomer to the sport of hockey, the object, as best as I can tell from watching a few games, is to beat the crap out of the other team and pummel them into submission. If that doesn’t work, they may try a back
-up strategy of attempting to get a small cylindrical object into a net.

In ice hockey, all the players are required to grow beards. It’s an unwritten rule – sort of like the policy that all the best players must come from Russia or Manitoba. Or that you can only have one black player per team. Don’t ask me why. I don’t make the rules.

There are six positions: three offensive players (center, left wing, right wing), two defensemen, and a goaltender (or goalie). By far, the most challenging, high-pressure job in hockey is that of goalie. The selection of who gets to be the goalie is determined by a vote of the players coming to a consensus as to which teammate everyone feels warrants the most thankless job.

You can easily spot the goalie. He’s the one covered in more protective padding than a Michelangelo sculpture being shipped to the Louvre. The goalie’s job is to protect the net. The opposing team’s job is to make the goalie wish his team would do a recount on the vote that assigned him to be goalie.

If a player commits a penalty, he gets sent to the penalty box. Think of it like a timeout in your room but for men with beards and bad hair. Minor penalties are two minutes in length. Major penalties (for things like fighting) are five minutes. Body checking the referee into the boards would be considered a major penalty and is generally frowned upon – except in Boston. Boston Bruins fans love it when their Bruins play dirty.

The main reason people go to hockey matches, of course, is not for the actual game itself, but to egg on their players to take off their gloves and start a fight. Winning the game is a nice bonus, but what really matters is getting the chance to watch in person while a chaotic melee erupts, and your team pummels the other team’s players into bloody submission.

But if you’re one of the few who cares about how the game is actually played, then here are a few things as a hockey newbie you should learn. First, this game has a lot of jargon. The hockey rink is called the “barn.” Another name for the puck is “biscuit.” A “hat trick” refers to three goals scored by the same player in a game. Meanwhile, a “Gordie Howe hat trick” is when a player picks up a goal, an assist and a fight in a single game. (Hall-of-Famer Gordie was a notoriously hot-headed player who was always getting into brawls.)

Let’s go over a few Do’s and Don’ts for the uninitiated hockey fan.

Do dress warmly. Hockey arenas are cold. Remember to bring a winter cap and gloves. Just because your team might be the Tampa Bay Lightning doesn’t mean they play in a swimming pool surrounded by palm trees. Ice is cold. Dress appropriately.

Don’t ask me to explain the icing rule – or for that matter, offsides in soccer. I’ve never been able to figure out either of these rules.

Do throw your hat on the ice if your team’s player scores a hat trick. 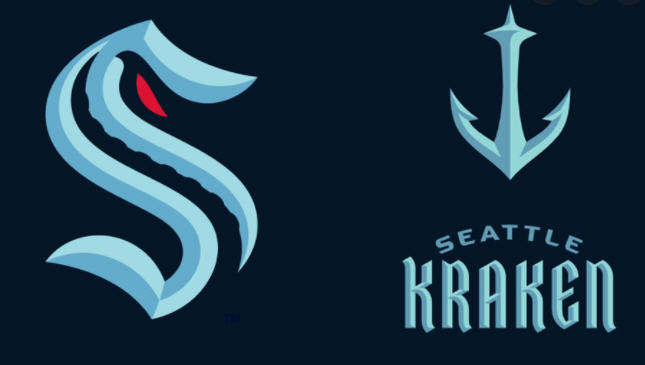 Seattle is the home of the newest NHL hockey franchise – the Kraken. What is a “Kraken”, you ask? Hell if I know. Nobody here really knows. But you gotta love the team’s motto: “They’ll kick the Krack out of you!”

Don’t try to retrieve it while the game is still going.

Do plan to see lots of brawls break out between the players. Hockey is a violent sport.

Don’t jump over the boards and join the fracas – unless your team really looks like it’s losing the fight and could use your help.

Do feel free to express your anger at the referees after a bad call. Everybody does it.

Don’t direct your tirade about the horrible officiating to the fan sitting next to you – unless he’s rooting for the other team and you’re confident you can take him.

Hockey is a great, albeit brutal, sport. Sort of the modern-day equivalent of gladiators but with blades on their feet. I have no idea what kind of year our Seattle Kraken are going to have. As a first year expansion team, I’m not optimistic. But I hear their starting left defenseman is missing three teeth and has a well-earned reputation for body checking opponents over the boards. Sounds like my kind of fun. Let’s Get Krackin!