Business Lesson #27: The Importance of Committees 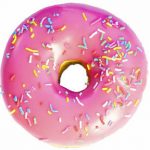 Having more than 25 years of management experience under my belt (only 7 of which were catastrophically misguided), I periodically like to share a few pearls of business wisdom.  Some might argue it’s more like scraps of cubic zirconia.  Nevertheless, I feel morally bound to help others grow in their business or move ahead in their career. Today’s lesson: The critical importance of committees as an engine of business.

If you’ve ever worked for a volunteer organization or the federal government, or got suckered into a United Way campaign at work, you’ve no doubt experienced the deep satisfaction of being on a committee. Exactly what do committees do? No one really knows for sure. From my own exhaustive research, committees appear to have these characteristics in common:

It is indeed one of the great mysteries of committees is how so many people can meet so many times, consume so many pastries, and get so little done. But don’t get me wrong. Committees are a vital part of the success of any organization, as they show that senior management is deeply concerned about the appearance of making important strides to improve the lives of their employees. Plus they offer impressive-sounding bullet points when you’re updating your resume.

Then there is the Task Force, which is essentially the same thing as a committee, only more important sounding and with more PowerPoint slides. They often come with impressive-sounding titles with those clever acronyms, like the Task Force for “Process Improvement Management Practices” – otherwise known as the PIMP force. I once chaired a task force which, after nine months of collaboration, negotiations and indecipherable pie chart and bar graph PowerPoint slides, submitted a comprehensive white paper with several important recommendations. The first recommendation was the urgent need to create a committee to research the problem further and make important recommendations. That task force gave me another 12 months of job security. 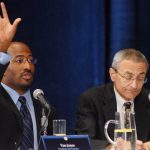 Sometimes, if you’re incredibly important, you may get invited to sit on an Advisory Board. It’s a bit like a Task Force, only you’re usually not part of the company, it meets less often, and you get to ask other people lots of questions to show off your business acumen.  As a bonus, when the meeting is over, you don’t even have to read the meeting minutes. It’s a great gig if you can get it. If you are invited to be on an Advisory Board, you might want to have some pre-scripted thought-provoking questions prepared in advance to impress everybody, like:

As you attempt to grow your business, do not overlook the criticality of committees, task forces and advisory boards. If you like being in a room of opinionated colleagues who fail to show up for 70% of the meetings, rarely do the work assigned from the last meeting, and are more than willing to tell you why your recommendations won’t work, then you’ll love chairing a committee. True story: I once chaired a task force on how to improve communication between senior and lower level management. When it came time to present the task force’s exhaustive recommendations to the executive leadership team, 10 of the 12 senior executives – including the CEO – failed to show. Apparently all our communication problems had already been resolved by senior management, unbeknownst to the committee. 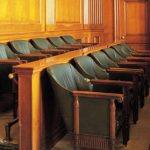 Committees are an inevitable part of many successful organizations, and all unsuccessful ones. Don’t try to avoid them. Everybody has to do it sooner or later – sort of like jury duty or getting a prostate exam.  Sorry, that was sexist – not EVERYONE gets to share in that treat.  But some committees’ efforts seem misguided from the start. Take this one company’s finance committee, whose charge was to improve the company’s overall financial performance by finding ways to reduce expenses and tighten cost controls. They chose the name “Cost Reduction & Operating Oversight Knowledge Systems” Committee – or CROOKS for short. Last I heard, CROOKS was suspected of massive accounting fraud and are currently under investigation by…you guessed it – a committee. I can’t wait to read the committee’s white paper recommendations. No doubt they will recommend the creation of a task force.