What You Should Know About Pickleball, America’s Favorite Sport 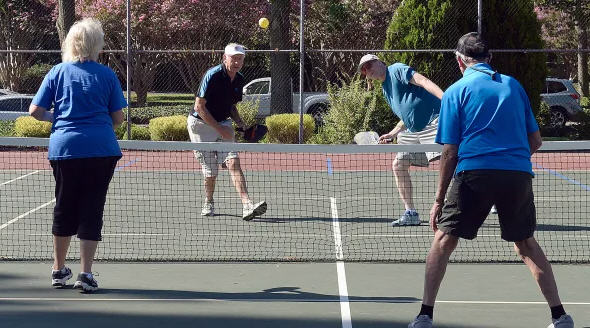 Pickleball is the fastest growing sport in the country. Why? Personally, my theory is because it’s easy to learn and requires minimal skill or physical exertion – and if you fall, there are three people who can drive you to the hospital.

As for the rest of us non-Mongolian-steppes-cave dwellers, it seems that everybody is taking up the sport of pickleball – including me. So, here is a quick primer on what you’re missing and what you need to know in case you were curious what all the buzz was about.

Even though few people had ever heard of this sport until three years ago, it’s actually been around a fairly long time: Invented in 1965 by three people from Bainbridge Island, WA, it was named after the dog of one of the three inventors. The dog’s name was “Ball.” I meant to say “Pickles.” I’m just glad his owner gave his dog a normal name like Pickles instead of their original naming idea: Lord Chesterton of Belvedere. Otherwise we’d all be talking about LordChestertonofBelvedereBall.

The first thing you should know about LordChestertonofBelvedereBall, l mean Pickleball, is that you MUST BE OLD in order to play. In most states, the legal minimum is 60 years old. But check the applicable age restrictions in your region. (In North Dakota, you must be 85 – I have no idea why.) The penalty for underage pickleballing is being forced to watch old people play pickleball. Personally, that strikes me as cruel and unusual punishment.

This sport has become wildly popular all throughout America. According to one study, pickleball surged by nearly 40% between 2019 and 2021 to 4.8 million active players. Compare that to the Mayan sport of Pitz, a team sport popular in ancient Mesoamerica which involves a heavy rubber ball that teams try to get through a hoop on the wall. That sport’s popularity has declined markedly to the point that you almost never hear the results of a Pitz match on ESPN anymore. Experts theorize that its dramatic decline in popularity was because it’s a very difficult game to play – and because the losing team’s players had to be sacrificed to the gods.

In stark contrast, in pickleball, losing players are almost never sacrificed to the gods. At worst, they may have to buy a round of beer for their winning opponents at the neighborhood pub. Why is this sport so popular? The answer is that it’s easy to learn, takes only nominal skill to enjoy (a definite plus for me), and does not require much moving around. Perfect for seniors or anyone who is chronically lazy. 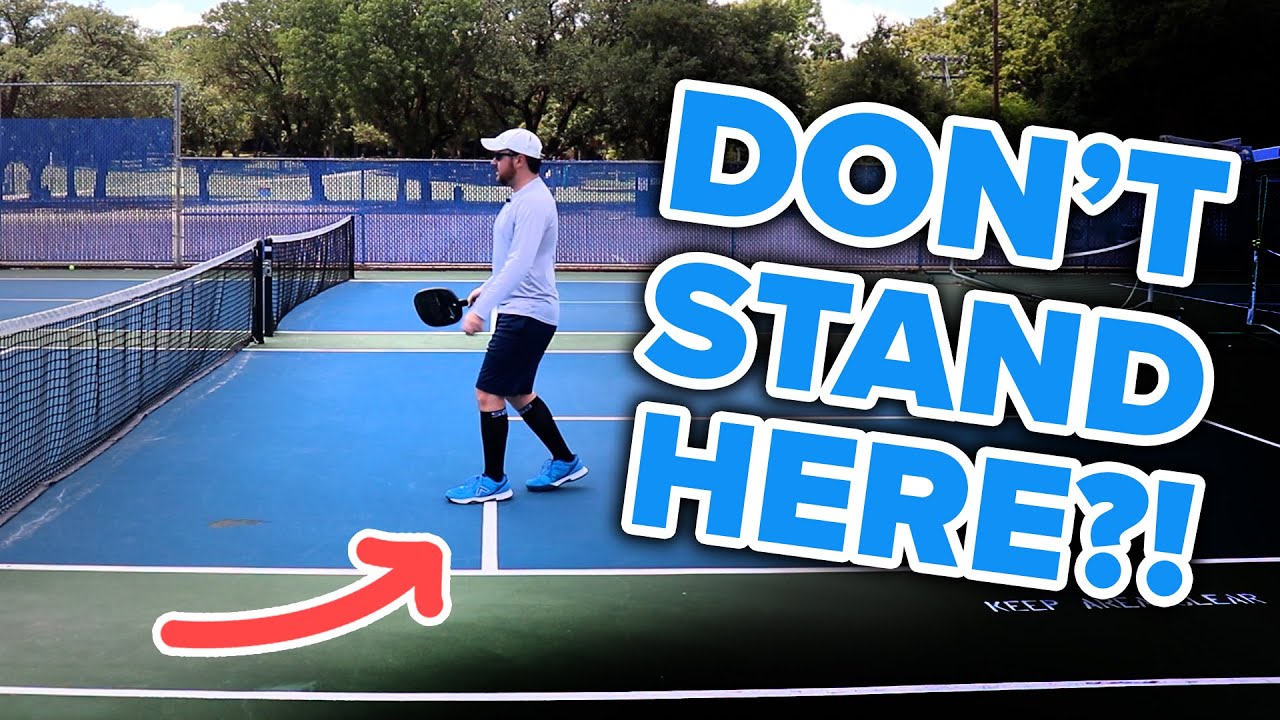 The box closest to the net is the KITCHEN. Don’t even think of standing here. If If you’re caught volleying while in the kitchen, you’ll be shunned from all future pickleball matches and pelted with wiffle balls. Pickleballers are a tough crowd.

And thanks to COVID, the sport took off in the past two years, as people looked for a safe way to interact with others that did not require them to be indoors or talk about whether they’ve been vaccinated.

Increasingly, longtime tennis and racquetball players have started transitioning to pickleball. This is because they’re getting older and slower, and their younger, faster former tennis / racquetball partners have hinted to them, “Have you ever considered switching to pickleball, buddy?”

Pickleball blends aspects of ping pong, tennis, racquetball, and Pitz – but mostly just the first three aforementioned sports – to create a game that moves quickly and gives players a false sense that they are actually getting a lot of vigorous exercise. They are not.

The game can be played as a singles game between two players or doubles with four. In rare instances, there have been groups of up to 20 players on the court at once, but that’s mostly just when Ms. Warner’s kindergarten class at Beaverton Elementary School storms the pickleball court in in an attempt to create chaos. Kindergarteners are notoriously bad at following the rules of pickleball – or for that matter any other rule Ms. Warner asks them to obey.

To play the game, all you need are a net (slightly lower in height than a tennis court net), a paddle, a wiffle ball, and the ability to count to 11. Skill is not a pre-requisite to play this sport, as evidenced by the fact that several people familiar with my lack of athletic ability have invited me to play.

The rules of pickleball are simple: 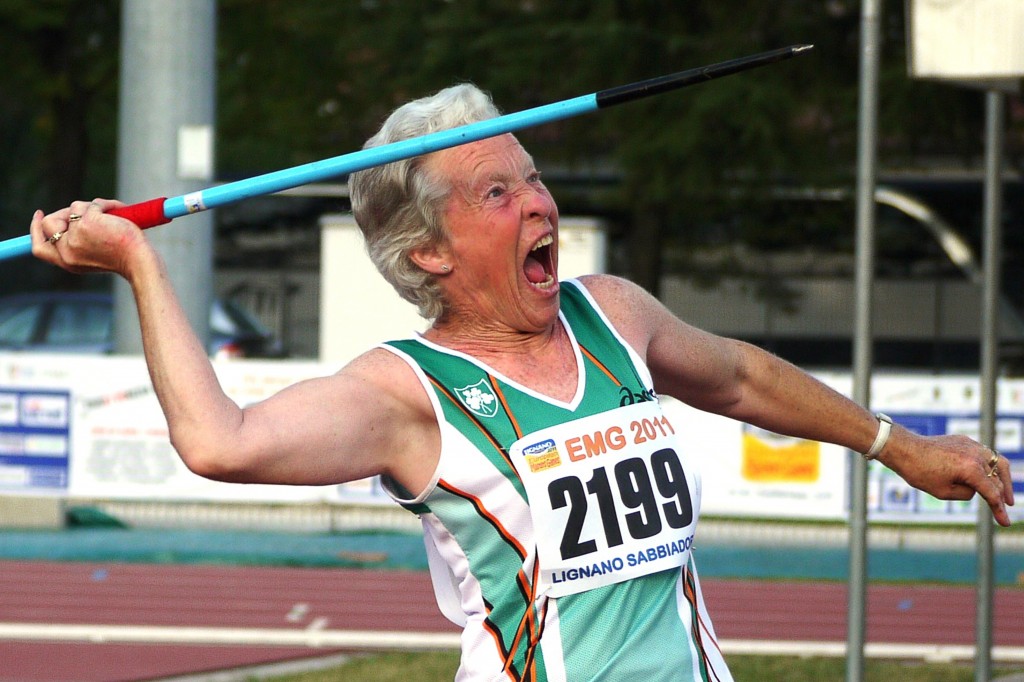 If you’re a senior looking for a new sport, and pickleball is not your thing, there are many other sports you can consider. This amazing 78-year-old woman even tried her luck at javelin. Unfortunately, she was facing the wrong direction and almost impaled her Yorkie, Daisy. I’m happy to report Daisy was shaken but otherwise unharmed.

At this point, you may be asking, “Tim, what is the kitchen?” Glad to see you’re paying attention and didn’t bail after you read the part about Mongolian steppes cave dwellers. Well, the kitchen is an area next to the net where players are not allowed to volley.

“Why is it called the kitchen, Tim?” Because calling it the “laundry room” just sounded silly.

“But Tim, why can’t you volley in the kitchen?” I have no idea why, okay? I didn’t make up this sport. No more questions, please! You’re starting to get annoying.

Pickleball is often played on tennis courts. They paint the pickleball court lines in a different color to help avoid confusion with the tennis boundaries. This is irritating to tennis players. But this is just a short-term problem because within five years, there will be nobody left who still plays tennis. Such a pity.

So, if you’re over 60 and you’re looking for a way to become more active and meet lots of interesting people, my advice is this: Try golf or basketball or kayaking or aerobic water jazzercise. But if none of those sounds like your cup of tea, then definitely give pickleball a try. But if that still sounds like too much effort, then maybe shuffleboard is more your style. I hear it’s making a comeback.