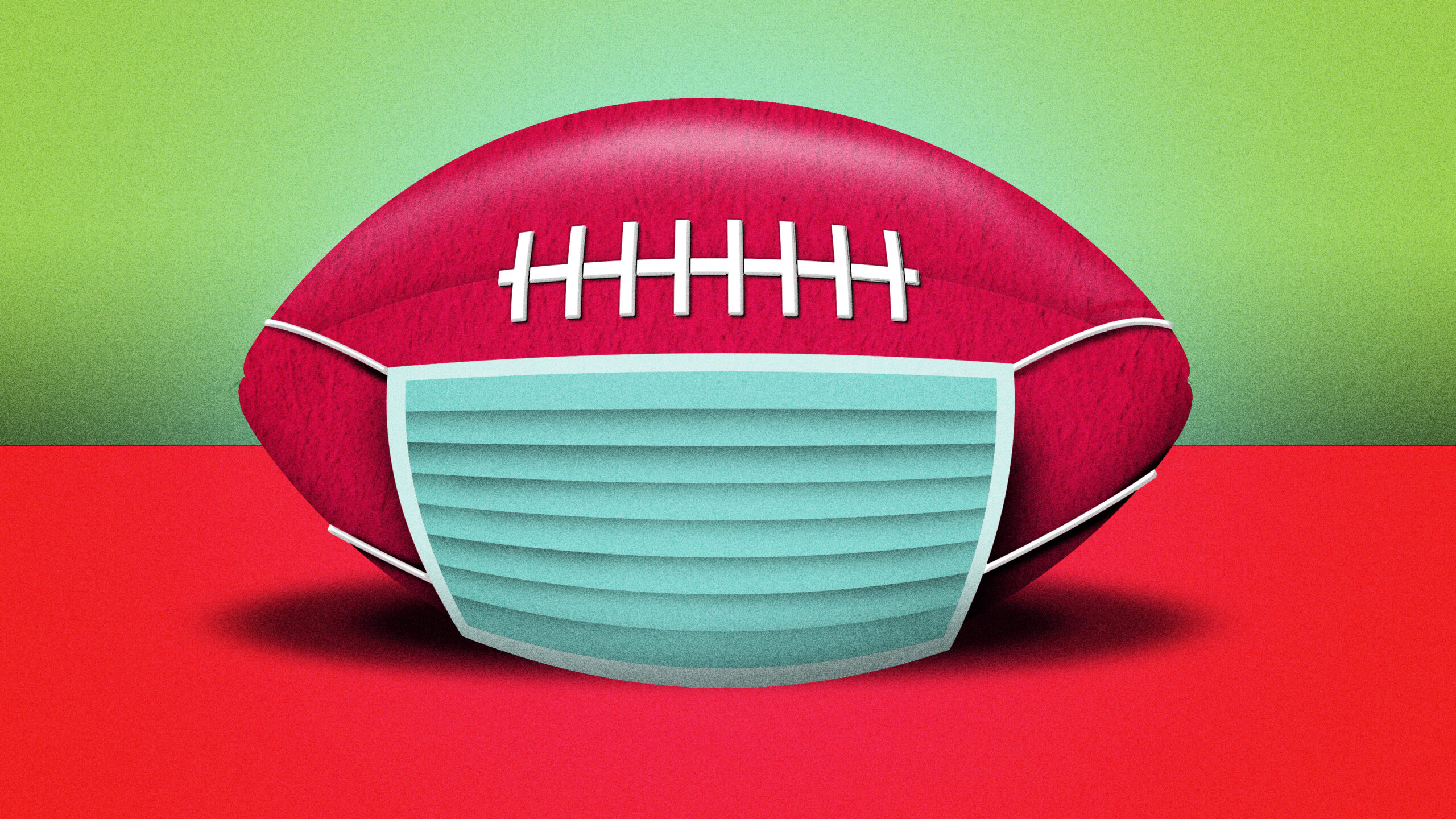 For the upcoming NFL season, the Commissioner and team owners are leaving NOTHING to chance to protect players, coaches and staff – except for the minor suggestion from the CDC that the NFL shut down completely
until a vaccine is available, which suggestion they duly ignored.

I’m mad as hell and I’m not going to take it anymore! This Coronavirus has gone too far! First it closed down the stores and I’ve been forced to shop on Etsy. Then the schools close and kids are climbing the walls. Next it’s “social distancing so I can’t even snuggle with my cats. I thought we’d hit rock bottom with “No Mask – No Entry.” I was wrong.

Every Autumn, the National Football League gears up for its regular season. But this year, there won’t be very much that’s “regular” about it. Starting with the elimination of all pre-season games, the NFL has decided to implement some unsettling, even draconian procedural changes to ensure the protection of players, coaches, and attractive female sideline reporters. Here are just a few changes you’ll be seeing this year, thanks to COVID:

Following the distancing guidelines of the CDC and the World Health Organization, all NFL players will be required to maintain at least six feet of separation at all times during practices and games. On the downside,  as a practical matter, all blocking and tackling will, of necessity, be prohibited.

On the upside, fans may witness some of the highest scoring games in NFL history. ESPN commentators contend that the record for most points racked up in a single season (606 by the 2013 Denver Broncos) is in jeopardy of being shattered. Some predict Kansas City Chiefs QB Patrick Mahomes alone could eclipse that lofty milestone by halftime in his team’s season opener.

Replacing the traditional penalty for unnecessary roughness will be a new yellow flag for unnecessary contact. If a player is caught making contact of any kind, even incidental, with any other player, this violation will result in a 15-yard penalty. In addition, both players will be required to remain in quarantine for 14 days. Some worry this could also have a chilling effect on high-fives and chest bumps after touchdowns.

Defensive players who feel they would, under normal circumstances, have been able to tackle an offensive player but for the social distancing policy, will be permitted to submit a written appeal to the referee within five minutes from the conclusion of the previous play. At that point, game officials will then have up to 15 additional minutes to review play footage from fifteen different angles to determine whether such a tackle would have been more likely than not. If the defender wins his challenge, the ball will be returned to the spot of the otherwise probable tackle – and the defender will be permitted to issue a profanity-laced tirade of smack talk about his opponent’s athletic failings and the ref’s incompetence (while maintaining a safe social distance).

Borrowing an ingenious solution from grocery store checkout counters, the NFL has announced that as an added level of safety, officials will lower a giant 10-feet tall plexiglass screen onto the line of scrimmage before every play. This impenetrable partition, running the entire width of the field, will ensure no players run the risk of exposure to an opposing team player, not to mention virtually eliminating all offsides infractions.

After every play, footballs will be incinerated, replaced by a new ball delivered in a hermetically-sealed wrapper. For added safety, runners and wide receivers who come in contact with the pigskin will be required to report to the team’s medical tent until they have been cleared by a team physician with a negative COVID test result. 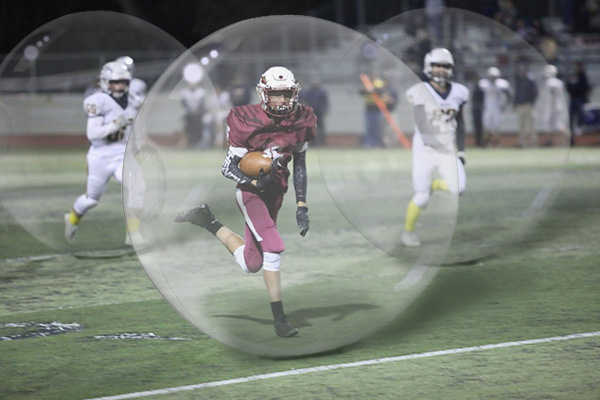 League officials have a backup plan if too many players get infected: Hamster Ball football. Healthcare experts claim it’s an ideal way to keep players safe. Some are skeptical, arguing it might cause increased difficulty throwing or catching the ball.

Players will be required to wash their hands after each down. To facilitate this and avoid delay of game penalties, all players will be provided with fanny packs pre-loaded with Purell dispensers and hand wipes.

This penalty has been redefined for the upcoming 2020-21 season. Henceforth, players will receive a facemasking penalty if they are found standing in the huddle – or on the sidelines – or in the locker room – or on the team flight home – without wearing an N95-approved facemask. This will be a league-imposed sanction requiring players to continue wearing an N95 facemask until the following game.

If two teams are tied at the end of regulation, overtime will be handled differently this season. In order to reduce the risk of extended player-to-player exposure, the league will direct the coaches from both teams to compete at midfield in a head-to-head X-Box match-up of Madden NFL 20. The first video team to score will be declared the winner of that day’s contest, with the winning coach permitted to select one X-Box game player from the opposing team for their fantasy football league.

Locker rooms are super spreader environments for germs and bacteria. Therefore, as a precaution, all locker rooms will be permanently sealed up. This year, players will take turns standing naked on the artificial turf, as teammates spray them down with a garden hose and disinfectant.

This season, league officials have decided to forego the Super Bowl for the first time in its history. Taking its place, the league champion will be determined by which team has the greatest number of uninfected players remaining at the end of the 16-game season – that is, assuming any team makes it that far.

© Tim Jones, View from the Bleachers 2020. Edited by Betsy Jones.