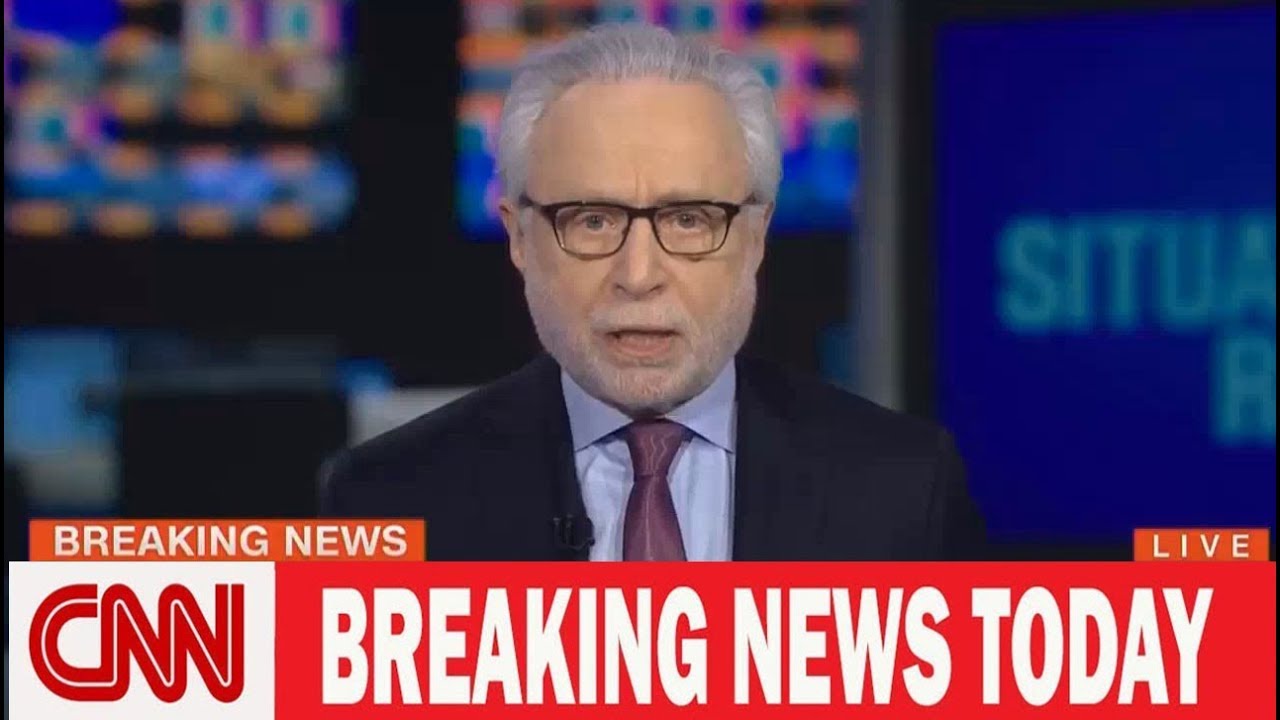 This just in. In breaking news, a new study shows that almost every newscast starts with breaking news. We will have more details shortly, but first we turn to this new breaking news story….

Wolf Blitzer: This is Wolf Blitzer. Welcome to The Situation Room. We have important breaking news. The Wall Street Journal reports that Democrats in Congress are pushing back against President Trump’s plans to go to war with Iran. They are demanding to know why he is pushing for this when no other country is prepared to support such a – Excuse me, I understand my colleague Dana Bash has some breaking news. Dana?

Reporter Dana Bash: Thanks, Wolf. The New York Times is reporting that Attorney General William Barr wrote an internal memo stating that Donald Trump is not only innocent of all obstruction of justice charges but is also the greatest president in history – and probably would have won the Masters golf tournament had he entered it. This comes on the heels of reports that – I’m sorry. I’ve just been informed of a major development regarding the 2020 election. For more, we go to Zachary Cohen in Chicago. Zachary, what can you tell us?

Reporter Zachary Cohen: Thanks, Dana. A stunning rumor surfaced moments ago regarding the upcoming election. Sources have leaked that Oprah Winfrey plans to announce her candidacy for president at a press confer – wait… Folks, we have breaking news out of Moscow. For details, we turn to Rosa Flores. Rosa, what’s the scoop?

Reporter Rosa Flores: Thanks, Zach. In news that caught the State Department completely off guard, it appears that officials in Moscow, Idaho may have been involved in meddling in the 2016 elections. The State Department has issued a formal apology to President Putin for having doubted his integrity and accusing the wrong Moscow of interference. To make up for this embarrassing diplomatic blunder, the State Department has invited Putin to “get involved” in our 2020 – wait. We have a new development out of Chicago. For more we go to Jeff Simon.

Reporter Jeff Simon: Jeff Simon here. I’ve been told that previous reports of Oprah’s bid for the presidency are premature. She apparently has no intention of running, as she has her eyes set on a higher prize: the Papac –

Cohen: Jeff, we’ve just been told that several predominantly WASPs (Whites Against Spanish People) are up in arms about recent test results which reveal that Hispanic students tend to outscore non-Hispanics on Spanish-language AP tests. Calling this blatant discrimination against American students, a WASP spokesman has called for all high-scoring Hispanic students to be shipped to Guatemala, where they – 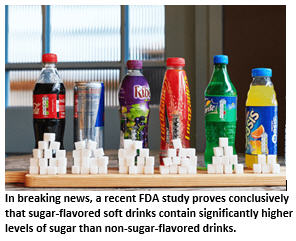 Bash: I hate to cut into your breaking news, but I’ve just been handed a screenshot of a Facebook post that claims a new study shows a direct correlation between the amount of alcohol people consume and their inability to remember their wife’s birthda –

Simon: Hold that thought, Dana. We’ve just received a potentially less premature report that Oprah has changed her mind about not running and will announce her candida–

Flores: Jeff, in riveting breaking news, it seems that President Trump is planning to go golfing this weekend at Mar-a-Lago, not Trump National Golf Club in Bedminster, N.J., as had been previously disclosed –

Bash: We can now confirm this shocking story in the Waukesha Sentinel that a student, one Nathan Kowalski of Waukesha, Wisconsin, is expected to graduate from Pomona College in Claremont, CA with a 1.8 GPA and no debt. You heard that right. No debt. Sources say this is in part because his millionaire grandparents own majority shares of stock in Pomona College. Said Grandpa Kowalski, “We wanted to invest in our grandson’s future – “

Cohen: Sorry, Dana, but this astonishing bulletin just now crossed my desk. Apparently, many people have difficulty distinguishing Senate Majority Leader Mitch McConnell from a common tortoise when presented with side by side photographs. This comes after recent reports that Attorney General William Barr bears a surprising resemblance to a grumpy toad. As for what creature Stephen Miller looks like, there is no consensus other than that it’s terrifyin –

Flores: Great reporting, Zach. Hot off the press here: a recently completed congressional investigation concludes that vaccinations can in fact hurt you, especially if the needle is dull and being administered by a child. However, congressional Republicans still dispute findings that suggest assault weapons may cause widespread harm if discharged near people. And –

Bash: Rosa, I am almost speechless about the following breaking bulletin. Only moments ago, I received word that trash pickup for my neighborhood will be on Wednesday next week, not Tuesday, while recycling pickup has been pushed back to Thursday for reasons not yet provided. Local residents are advised to make a note of this on their refrigerator calend –

Cohen: I hate to cut into your breaking news, Dana, but we’ve just heard from an anonymous source that a new study shows a direct correlation between the amount of food people consume and their risk of gaining weight. It appears that food contains something experts refer to as “calories”, which, if ingested – 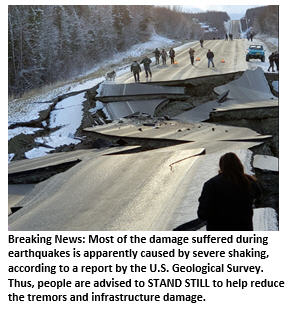 Simon: Police are bracing for mass demonstrations after the National Hurricane Center announced that this year’s first three hurricanes will be named Andrea, Barry and Chantal – not Stonewall, Scarlett, and Jedediah, as a vocal group of Civil War Reenactment activists had been lobbying for. In related news, climate change apparently is a Chinese hoax after all, according to an EPA Official who asked not to be identif  –

Flores: Jeff, I’ve just learned that researchers have discovered an obscure, previously unheard-of humor blog called Vista from the Cheap Seats. For more we go to our reporter, Tim Jones. Tim, what can you tell us?

Simon: Sorry to cut in, Tim, but we have some breaking news. The Center for Obvious Statistics has just released its annual findings that kittens and puppies are still widely perceived to be more adorable than geckos or salamanders. We will have a full report next hour. Now back to Wolf Blitzer in the Situation Room.