[Author’s note for the humor-impaired: This is a piece of political satire and not an actual solicitation for more money by the Trump campaign. – TEJ] 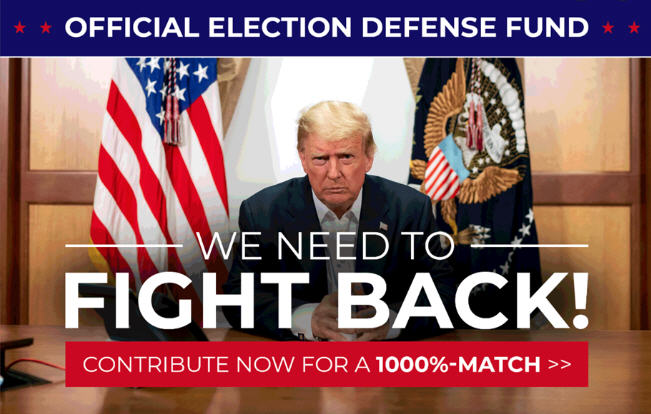 This is your legitimate president, Donald J. Trump. I want to thank you – and roughly 470 million other great Americans – for your generous donation of $100 to my Election Defense Fund. As you know, the nasty “Unselect” January 6th Committee is perpetuating the bigliest hoax in our nation’s history, claiming that I tried to overturn the 2020 election results. This is all part of the radical Democrats’ BIG STEAL. I won the election by the greatest landslide since Andrew Jackson defeated Herbert Hoover. I beat Sleepy Joe Biden by more than 30 million votes. If you don’t believe me, ask Rudy.

Mike Lindell (the My Pillow Guy) has proof that Venezuelan goat herders colluded with Filipino call center operators to rig the Dominion voting machines so that every vote cast for the Democrat nominee for president actually ended up being switched to a vote for Joe Biden. How in the world would I stand a chance when the machines were all rigged against me like that?

If it weren’t for millions of totally fraudulent mail-in ballots by dead people (not counting my mail-in ballot, which was PERFECT), it wouldn’t have been close. My attorney John Eastman assures me most of the Democrat mail-in ballots clearly violated the Constitution’s “It’s So Unfair” clause. If those ballots were eliminated, I’d have won by more than 400 million votes – 500 million if you include Puerto Rico. Those Puerto Ricans love me.

Everybody knows that the January 6th Committee has absolutely no case against me. The only evidence they “claim” to have is firsthand eyewitness testimony from more than 500 former Trump Administration officials and allies who testified that the election wasn’t stolen and argued that Mike Pence lacked the authority to overturn the election for me, then told me all of this, and then said I ignored their legal counsel and staged a coup anyway. They even claim I pressured the Secretary of State for Georgia to “find me 11,780 votes.” So untrue. I only needed, 9,500 votes.

They also claim to have proof from over 100 people in my administration that I deliberately incited a violent insurrection on the Capitol by urging my followers to get wild at the Capitol and stop the certification vote. And when it got out of control, they said I didn’t do anything for more than three hours to stop the violence. In my defense, I didn’t have time to call off the peaceful protestors smashing through the Capitol’s windows because I was busy watching a parade on TV and tweeting. And besides, who are you going to believe: a bunch of hacks I hand-picked for their positions or me, the most honest, stable genius president ever? Next to me, Lincoln looks like Lyin’ Abe.

That’s why I created the Donald J. Trump Election Defense Fund – to combat these lies. To date, thanks to 640 million patriotic Americans like yourself, we’ve raised at least 250 MILLION DOLLARS. These funds will go to pay for my legal defense team, with the remaining $245 million set aside to help me buy Fox News and pay off a few hookers who claim that I paid them to sleep with me at the White House when Melania was out of town. That’s a lie. I never paid them.

If you don’t actually recall making your donation, that’s probably just because you were tired. Your Republican-led state legislature and your local Republican-led Board of Elections Supervisors have  assured me that you intended to vote for me, had it not been for the Democrats’ blatant efforts to steal the 2020 election from me. Now they plan to steal my 2024 election win, too. Don’t let them. That’s why I need your help with another $100 donation to my Election Defense Fund, so I can be rightfully restored to my throne the White House for another 12-year term.

A few people claim they don’t recall donating to my offshore Cayman Islands bank account Election Defense Fund. If that describes you, perhaps, when you clicked to opt out of one of the 300 email solicitations I sent you in the past six months, you failed to notice the 3-point type disclaimer at the bottom of page 7, which clearly stated:

“By opting out, you agree to make a donation of $100 every month until the last of your grandchildren dies, payable to the Trump Mar-a-Lago Club, LLC Election Defense Fund. No need to provide your credit card information. We already have it, thanks to a Russian internet troll farm we hired. We also have your social security number – just in case we need it down the road.”

The despicable January 6th Committee has nothing on me. And to those critics who claim I tried to have my own Vice President killed by an angry mob, that’s just another vicious lie. I only wanted Mikey boy roughed up a little – to teach him a lesson about the importance of loyalty.

The Committee claims my Election Defense Fund doesn’t even exist. That’s ridiculous – another lie being spread by Crooked Hillary and Hunter Biden. I had my crack team of investigators, led by Sean Hannity and that Shaman Dude who stormed the Capitol, look into it. It turns out that the $250 million is missing. And I can prove that it was stolen by Liz “Pelosi’s Lapdog” Cheney and “Little Adam Schitt.” They committed the biggest theft since Pete Davidson stole Kim Kardashian from Kanye. 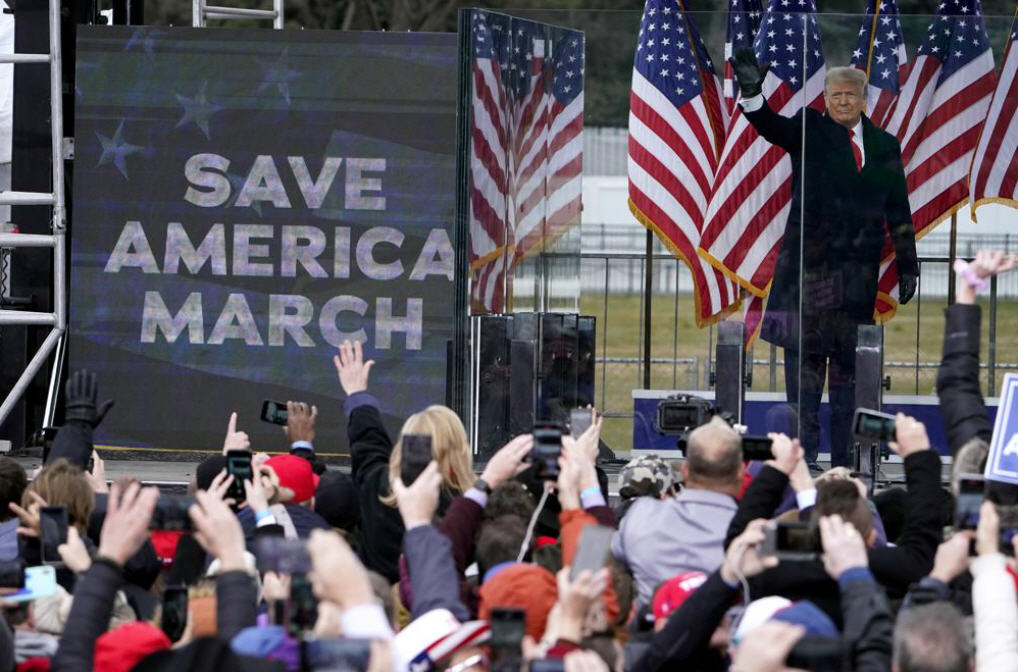 Please contribute to the Donald Trump Election Defense Fund. For every $100 you donate, President Trump will send a needy middle school child an AR-15, so they can protect themselves from Radical Democrats intent on destroying our democracy.

That’s why I’m writing to you. I urgently need your help to stop this steal and replace the $650 million that the Democrats and RINOs stole from my Election Defense Fund. Won’t you join the other 795 million gun-loving Americans who have already pledged to donate to help me Make America Great Again?

Together, we will prove that I clearly won the election fair and square, winning over 80% of the 850 electoral votes. When I’m residing again at Mar-a-Lago North (formerly known as the White House), I promise to pardon all the great patriotic protestors who were simply at the Capitol on January 6th because they were told by Kenyan-born Barack Obama that Congress was giving out free ice cream sundaes in the House Chamber. When they found out there was no ice cream, a few of them got a little “hangry” and got mildly annoyed. Could have happened to anyone.

Unless you want to turn America over to Crazy Nancy and her Democratic Antifa Socialist Party, please give generously. Thank you for your commitment to vote for me again in 2024. And if you’re thinking to yourself, “Hey, I voted for Biden in 2020. Why would I vote for you in 2024?”  trust me, you will. You see, I hired a Proud Boys reconnaissance team, and they’ve taken some extremely compromising photos of you which will be very hard to explain to your spouse – unless you vote for me.

The Greatest President in the history of history

THIS LETTER WAS SENT ON BEHALF OF DONALD J. TRUMP, WHO APPROVED THIS MESSAGE.

Subscribe to my View from the Bleachers YouTube Channel and request notifications to see my latest videos. And check out my new book, THE SECRET TO SUCCESS AND HAPPINESS (is Something I Have Never Figured Out. I’ Open to Suggestions).