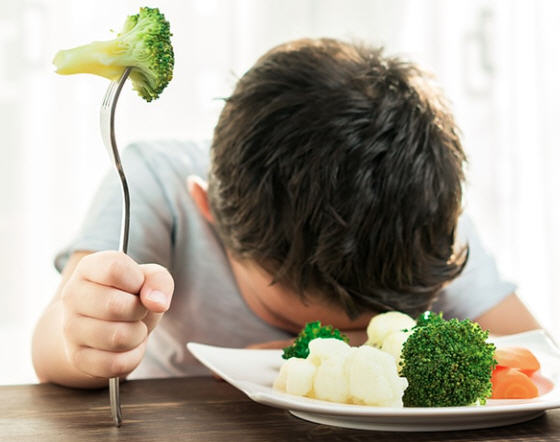 Ah, the frustrations and anguish of being a picky eater. This might as well have been me when I was a young child, being asked to eat my broccoli. Wouldn’t eat it then. Won’t eat it now. It’s not easy being someone like
me when you’re at a Lebanese bistro that only serves hummus and lamb.

Throughout our nation’s fractious history, there has always been discrimination, hatred and intolerance directed at people who were different. You might think, as someone who is a well-educated middle-class, white male who went to an all-boys private college preparatory school, that I’m a member of the white male, oppressor class. And my wife would agree with you 100%.

But the truth, however, is more complicated. I’m also a member of TWO rarely mentioned, unfairly treated minority groups. For one thing, like millions of other white males in their sixties, I suffer in silence from the cruel  plight of male pattern baldness. Tragically, there is NO CURE. (Okay, I’ve just been informed by my wife that there are about five dozen known cures, ranging from Rogaine to hair replacement, so, um, let’s skip over to my second minority group).

More importantly, I’m also a member of one of the last remaining discriminated minorities that you will never read about in the mainstream media or on Twitter. I’m talking about people like me who are picky eaters.

As “highly selective epicures”, we’ve been ridiculed, mocked, humiliated, and misunderstood all our lives. It’s time someone shined a spotlight on the longstanding pattern of mistreatment people like me have endured from all those foofoo foodies in our lives who think they’re superior to us just because they like Escargots à la Bourguignonne and people like me have no idea what those words mean.

I’ve always been a finicky eater, or as I prefer to be called, a “culinarily-restricted food connoisseur.” In my case, it dates back to my childhood. When I grew up, my mom, who was raised in a small town in Ohio, always served us traditional midwestern meals: Cereal or eggs and toast for breakfast; ham and cheese sandwiches or chicken noodle soup for lunch; and for dinner, some type of beef, along with potatoes, corn, green beans, and such – classic American food from the 1950s. From an early age, my food mantra has been, “If it used to moo, it’s something I’ll chew.”

My mom never served us exotic foreign foods (unless you count pizza, which I’m told came from Italy). So, like my siblings, I grew up with an extremely limited food palate. My wife, on the other hand, will eat ANYTHING. Jellied octopus? No problem. Fried rattlesnake? Sounds fun! Pickled herring? Pass the plate. Cheese-glazed locusts? That’s disgusting. But if you ask my wife, she’ll say, “I’ll give it a try.”

Whenever we dine out with another couple, it’s always the same uncomfortable negotiation about where to go for dinner:

My wife: Where does everybody want to go for dinner?

Me: Have you guys tried Five Guys Burgers?

My wife’s friend Janet: Oh, oh, I know of this great Thai-Vietnamese place. They serve the best tofu-infused frog legs. It’s to die for. But I also read about their scorpion mushroom cold soup that sounds yummy. 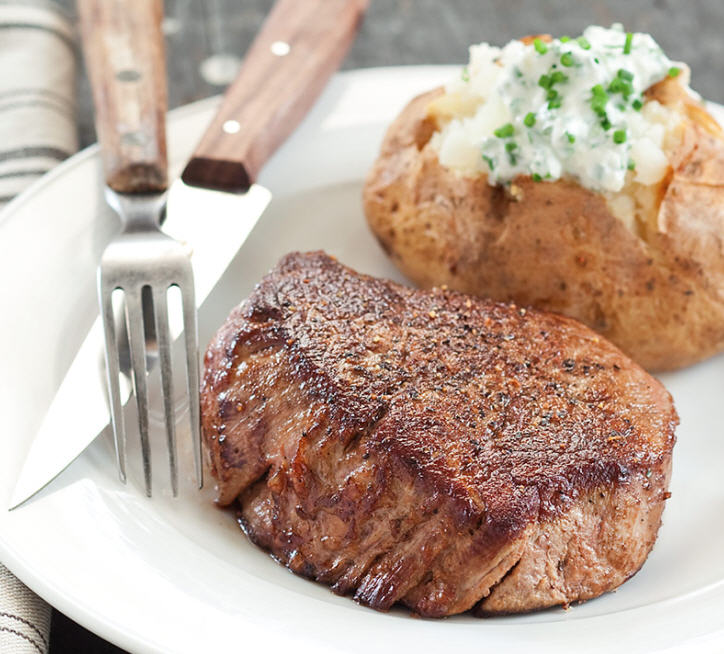 This is the kind of meal I was raised on. A nice medium rare steak, baked potato stuffed with butter and bacon bits, and maybe some green beans. But most of our friends are hardcore foodies. And you won’t hear them
suggesting we go to my favorite restaurant: Outback Steakhouse. Sigh.

My wife: That sounds delicious.

Me: Just spitballing here. But what about Golden Corral?

Janet’s husband, Bruce: Hey, how about that new Afghani-Lebanese place that just opened up in a former homeless shelter? I hear their horse embryo kabob is amazing.

Me: Any takers for Buffalo Wild Wings?

My wife: Or we could try this place I’ve always wanted to check out. It’s an Indian restaurant called the Maharaja Exotic Spice Club. Tres chic. A friend told me that you simply MUST try their spider monkey in barnacle sauce.

All of them: Don’t know. But we’re sure you’ll find something you’d like.

It’s always like this. Last time, we tried an Egyptian joint where one of our friends insisted I try the fried cow brain (and yes, that’s a thing) just to push myself out of my comfort zone. I graciously declined. Then, after dinner, someone suggested we go somewhere else for dessert. Momentarily I got excited thinking we could check out an ice cream parlor or frozen yogurt store. But my hopes were dashed when I was outvoted. We ended up at a small, greasy Chinese food cart standing on the sidewalk, as the group ordered sweet potato ginger dessert soup and bubble tea. I would have had far more fun stopping by the ER instead, to get my stomach pumped from whatever it was I consumed at dinner.

I know my narrow, boring menu of preferred food options is annoying to my friends. I can feel their sneering, haute cuisine condescension when they order their Moroccan Couscous with roasted cabbage, then roll their eyes as I request my chicken and rice. I know they’re judging me.

When the ordeal, I mean meal, is mercifully over, and everybody raves about their fancy four-course tofu repast, I quietly nod that my Caesar salad was “fine.” I try not to draw attention to my embarrassment – because my dining companions are usually plenty adept at doing that for me without my help. 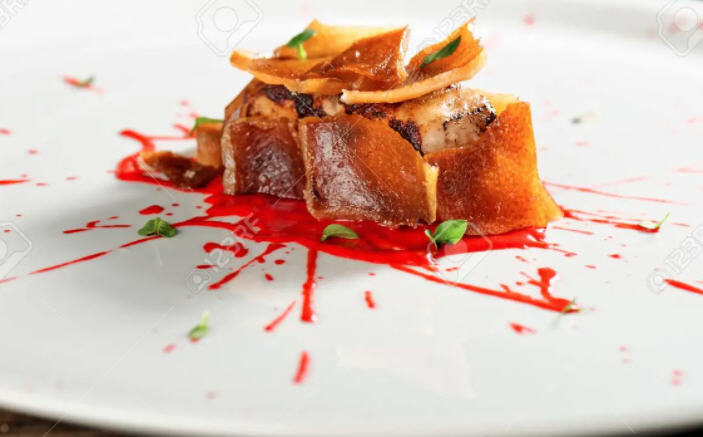 What is this mouth-watering meal you’re looking at? Beats the hell out of me. I’ve no idea. But I am sure my wife will love it. Mine is a much simpler food palate, and sometimes it gets awkward when I don’t even recognize the names of the entrees on the menu. I guess I’ll just have the salad – again.

I ‘ve been a fussy eater my entire adult life. It’s just a quirk about me that I’ve come to accept is one of my most obvious character flaws. In my defense, over time, I have tried to expand my culinary tolerance. There are several foods I used to avoid which I now willingly consume, such as salmon, crab, scallops, fajitas, cucumbers, and asparagus, to name a few. But no, I’m still not going to try the cow brains, thank you very much.

So, I am making slow (if you ask my wife, excruciatingly slow) progress. But the next time we’re out to dinner, if you offer me some of your Brussels sprouts, please don’t be offended when I politely decline. And don’t bother suggesting I try one of your raw oysters. That’s just disgusting.