Kanye West’s Guide to a Kinder, Nicer YOU! 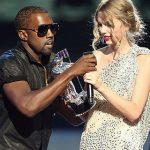 A lot of ink has been spilled over Kanye West’s latest impromptu rant.  Allow me to spill more.  Unless you have been living in a cave in northern Afghanistan , you’ve no doubt heard about the rapper’s well-thought-out decision to join country music sensation Taylor Swift onstage to accept her MTV Best Female Video award.

On live TV, the ever-affable Kanye took center stage, overcoming his usual inherent shyness.  Grabbing the microphone from Taylor Swift, he cut her off in mid-sentence and blurted “I’m sorry, but Beyoncé had one of the best videos of all time.” His eloquence was greeted by a chorus of boos from a surprisingly annoyed audience and a look of complete shock from Beyoncé herself. (Go figure).

What you may not recall is that this is not the first time Kanye has pulled such a stunt. He also took center stage at the American Music Awards in 2004, declaring he was robbed of the Best New Artist award. Boorish behavior? Perhaps. But on the bright side, at least he clearly has overcome his fear of public speaking.

This all got me to thinking (my loyal blog followers know that when Tim thinks, bad things usually happen). I began asking myself, “Tim (because that’s the name I usually go by), Tim (in case I wasn’t listening the first time), what has happened to civility in our country?” Just read the newspaper or turn on the TV. This decline in manners and common courtesy is everywhere around us. Just a few examples rudely leap to mind:

• The Healthcare town hall meetings, where people shouted down any who had a differing point of view.

• The showdown between police officer and professor (aka the Crowley-Gate Affair) that resulted in Presidential intervention and the first ever beer summit.  (That spawned a more rational crisis over the protocol of serving foreign beer over domestic. Finally something worth getting pissed about.). 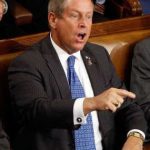 • Congressman Joe Wilson shouting “You Lie!” during President Obama’s speech to a joint session of Congress. (In all fairness, what Representative Wilson wanted to say was “You don’t say?” but in the nervousness of the moment, his words came out a bit clumsily. Others speculate that he really said “You’re a LION” – intending to compliment the President on the  forceful, positive “lionesque” tone of his speech, but a longstanding speech impediment mangled that one.)

• Just about anything Bill O’Reilly has said – ever.

• The latest Jerry Springer show where this trailer trash woman berated her poor husband merely for sleeping with her sister, with the following tongue-lashing, and I quote: “You are a f%*&$%-in Worthless Piece of *@#%. I’m gonna kill you, you m%&*$%-er, you *$&^%-in’ useless, horrible piece of %*#+, I hate you, you $%**#@-er.” There are no words – or $ymbol$ – to describe the discourse that followed.

• My daughter Rachel, who recently said to her sister Emily: “You’re a butthead. Give me back the remote.”

When will this insanity end? It seems civilization has become highly uncivilized. With all the TV reality shows where people backstab and bash each other, I wonder where we are headed. Heck, even our president has lowered the bar of civility by calling Kanye West “a jackass” for his VMA rant.  To which I can only say, “Hey, Mr. President, how did you know Kanye was a Democrat?” Clever: Democrat — jackass — get it?… Forget it.

Perhaps, as someone who still pines for my long lost thank-you wave in traffic, I am being overly sensitive. As a full disclaimer, I must tell you that I live in Seattle, the most politically correct, polite place in the world (unless you count the Magic Kingdom and Canada). People here are polite almost to a fault, and for that I apologize to the rest of you from elsewhere who must deal with us polite Seattleites. (Oh, I hope I did not offend anyone from Seattle by this previous comment.)  After all, they don’t call Seattle “the most annoyingly polite, well-behaved, oh-no-I-could-not-possibly-take-the-last-piece-of-pie, after-you-I-insist, just-steam-roll-over-me-I-won’t-mind” city in the country for nothing. I hope that’s not offensive to say.

Speaking of steam rolling, that brings me back to Kanye West. He may be a bit of a steam roller at times, spouting off his mouth before he has fully engaged that part of his brain that controls the “Keep your stupid trap shut” nerve center. But if you only knew Kanye like his posse knows him, you would realize that he is actually a really modest, sensitive guy, who only had Taylor Swift’s best intentions in mind.

Kanye knew that by acting impulsively and putting the spotlight on himself, his actions might be misconstrued as mean-spirited, insensitive, selfish, and egotistical, irreparably tarnishing what should have been the greatest moment of Taylor Swift’s life.  But if you dig just a little deeper, you may realize, as I do, that Kanye was doing the most altruistic, unselfish thing he could have possibly done. He was showing Taylor what it might feel like to be upstaged by a mean-spirited, insensitive, selfish, egotistical celebrity.

What he was trying to say to Taylor in his own selfless way was “Don’t be like me. See how badly it feels? Don’t treat others the way you don’t want to be treated.” I am almost certain that as a result of Kanye’s courageous act, you will never see Taylor Swift crash a Public Enemy or a 50 cents awards speech (What? There is no “s” in “50 cent”? That makes no sense, or should I say, no sent? That’s just plain silly…) and shout out “Hey, Shania Twain should have won for Best New Rap video, y’all.” Taylor learned a valuable life lesson. But in this era of waning manners, I doubt she will ever thank Kanye for his kindness on that special night. 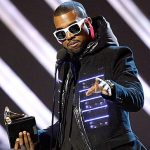 I’ll let you in on a little secret. Kanye West is coming out with a new book – working title: Kanye West’s Guide to a Kinder, Nicer YOU! He has all sorts of practical advice on how to show the world the nicer side of you. Here are just a couple tips (which he was polite enough to let me share with you – he is such a nice guy):

• Always be sure to have your personal valet’s assistant personally thank the stretch limo driver before exiting the limo and offer the driver an extra $500 not to say anything about your “special lady friend” escorting you to the party.

• When an adoring fan approaches you in a restaurant, asking for your autograph because it would mean the world to her ill nine-year old daughter who is undergoing chemotherapy for a rare blood disorder, do not delegate such requests to one of your bodyguards. Greet the fan in person, hold her hand gently, and tell her you would be glad to give her an autographed 8 x 10 glossy and say, with a smile, “The price is $100 — $50 extra if you’d like the commemorative embossed picture frame.”

So there you go. Perhaps, with the help of Kanye West’s gracious, inspiring, caring example, there is still hope for us to return to the well-mannered, civilized society of 1958 television sitcoms, not to mention their more modest dress codes.

And to those people out there who simply refuse to look in the mirror and acknowledge that they too could be a little bit nicer and a little more courteous to their fellow human beings, I have just one thing to say: Screw you!  Hey, I’m talking to you, Taylor Swift.

That’s the view from the Bleachers. Perhaps I’m off base.